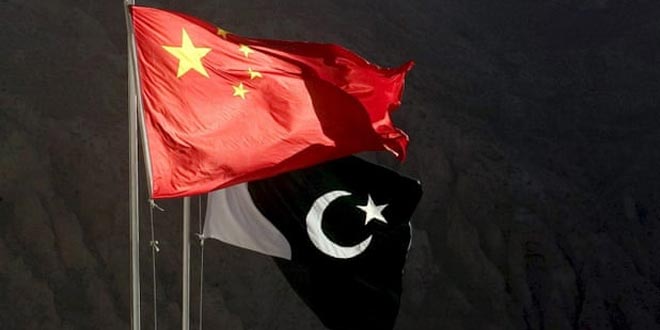 ISLAMABAD:  China has agreed to provide $2.5 billion in loans to Pakistan to boost official foreign exchange reserves that are not sufficient to provide cover to even two months of imports despite receiving $4 billion loans from two Middle Eastern countries.

“Beijing will place the $2.5 billion in deposits with the central bank,” a top government functionary told The Express Tribune. With the anticipated $2.5 billion deposits, China’s contribution in this fiscal year alone would surge to $4.5 billion.

In July, China had also deposited $2 billion with the State Bank of Pakistan. In the past five years, China has emerged as Pakistan’s single largest saviour in times of economic crisis.

The money is coming as part of the government’s strategy to secure breathing space till the time its macroeconomic stabilisation measures take effect.

Resultantly, Pakistan has secured $14.5 billion worth of commitments from these three countries that have helped largely bridged the external financing gap of the ongoing fiscal year.

Before coming into power, Khan was critical of taking loans to run the country but due to extremely low level of foreign currency reserves and financing requirements standing above $25 billion, the premier had to fly to Beijing and other capitals to seek loans.

Saudi Arabia has agreed to provide a $6 billion financial assistance package, which included $3 billion in short terms loans at an interest rate of 3.18%.

The State Bank of Pakistan (SBP) Governor Tariq Bajwa on Thursday said the modalities for $3 billion oil on deferred payments were finalized this week and an agreement would be signed on February 16 during the visit of Saudi Crown Prince Mohammad bin Salman. RIyadh has already disbursed $3 billion.

The UAE has agreed to provide $3 billion in loans at an interest rate of around 3% and has already disbursed $1 billion. A $3.2 billion worth of oil facility on deferred payment is being awaited.

Pakistan has arranged these deposits for a term of one to three years but these are likely to be rolled over, in case Islamabad faces difficulties to return them, said the sources in the Finance Ministry.

But despite $4 billion inflows from Riyadh and UAE during past two months, the gross official foreign currency reserves stayed at only $8.12 billion as of December 25, according the SBP governor.

The $8.12 billion reserves are sufficient to cover only seven weeks of imports and are below the minimum level that the International Monetary Fund and World Bank prescribe. Due to this, the World Bank and the Asian Development Bank are not providing loans for budget financing.

Sources in the Finance Ministry said the immediate concern for the government is to keep the country financially afloat till the time the macroeconomic stabilisation measures start yielding positive results.

However, the SBP governor on Thursday said despite these measures the current account deficit remained high, standing at $8 billion in six months.

The overall foreign loans disbursements also remained low during first half of the fiscal year, standing at only $2.2 billion from July through December.

The government on Thursday also launched Diaspora bonds at interest rates of 6.25% for three years and 6.75% for five years to arrange funds for balance of payments support.

Finance Minister Asad Umar said the other day that he also gave go ahead to launch two more financial instruments to meet external sector financing requirements.  One instrument, likely to be Sukuk bond, could be launched before June, according to the Finance Ministry officials.

The sources said the government is planning launching foreign currency Sukuk to tap the Islamic markets. There is also a plan to launch $3 billion Eurobonds during the current fiscal year. Asad Umar had postponed it in November after the government arranged loans from the three countries.

The Pakistan Tehreek-e-Insaf (PTI) government blames expansionary fiscal policies of the last Pakistan Muslim League-Nawaz (PML-N) government for the overvalued exchange rate and the current external sector problems. Since July, the rupee has been devalued by more than 15% but exports could not pick.

The sources said the Finance Ministry and the central bank are in the process of implementing a flexible exchange rate regime while moving away from the managed exchange rate policy.