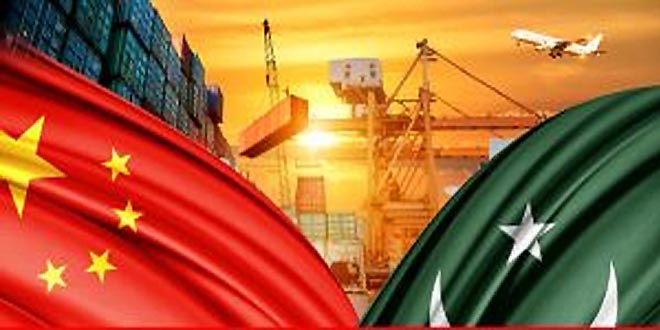 SARGODHA-The next phase of China Pakistan Economic Corridor (CPEC) will be more beneficial for both China and Pakistan in terms of macroeconomic achievements and strengthening of energy sector.

US has been sympathetic for the CPEC long before the idea was hatched and called China privately to give economic input in Pakistan, but could not openly support the flagship project of Belt and Road Initiative especially under Trump’s reign due to the competition dynamism.

This was said by Andrew Small, Senior Transatlantic Fellow with the German Marshall Fund’s Asia Program during his special lecture on “Future Directions in Chinese Foreign Policy” at the University of Sargodha on Wednesday.

In his welcome address, Dr Fazalur Rahman said that since China is a great power with consistent economic rise for decades, its foreign policy and strategic thinking are highly influential.

“The Chinese foreign policy is pro-peace and pro-development with a special focus on economic cooperation and excellent relations with neighbouring countries.

Other features of this policy are accessing major parts of the globe including Europe and Africa and playing key role in global economic order,” said the Director.

Speaking about the context of US-China relations, Andrew Small remarked that premise of the US-China relations changed over the time dramatically, starting from Kissinger’s secret visit to Beijing. It was largely founded on anti-soviet premises with the US looking to enlist Chinese support against the Soviets and get help for getting out from Vietnam but the views was to bolstering Chinese capacity and overstretch the Soviet Union in its main theatre Europe.

Beijing’s new diplomacy is driven by a widening conception of how best to secure China’s global interests as its capabilities and clout increase, Andrew said, adding that although the government still pays lip service to non-interference, the shift is clear and explicit.

About the impact of strong Pak-China bilateral relations over the fluctuating Pak-US relations, the visiting delegate said that after the initiation of CPEC, which has added a serious economic dimension to the relationship, Beijing is very careful about making sure that it isn’t manoeuvred into the middle of US-Pakistan tensions because a healthy US-Pakistan relationship is far beneficial for China.

The lecture ended with a comprehensive Q&A session during which the students asked questions about rise of China and US concerns, US-China trade relations and how the western world sees BRI.

Punjab Minister for Population Welfare Lt Col (r) Hashim Dogar said that the disproportionate growth of population was more dangerous than terrorism, and it may devour national resources in near future.

Addressing the participants of a symposium arranged by Population Welfare Department at Jinnah Hall, he said that if the present growth rate persisted population in Punjab would cross 250 million in 25 years and 70 percent of them would be sick.

He said that population control was on the agenda of the present government. He added: “No attention had been given to this issue in past.”

He urged the officials of Population Welfare Department to organise Ulema conventions, seminars, awareness walks and other programs at union council level to increase awareness among the masses regarding deleterious effects of population growth.