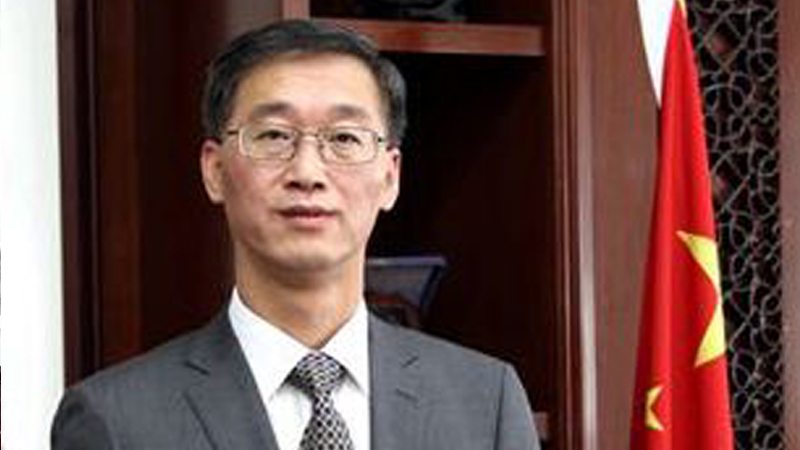 ISLAMABAD: Chinese Ambassador to Pakistan Yao Jing has said that propaganda being spread against the friendly ties between Pakistan and China needs to be countered.

“We are committed to development in Pakistan and both the countries are progressing through China Pakistan Economic Corridor (CPEC) project,” Jing said on Wednesday while addressing a function organized by the Institute of Strategic Studies Islamabad (ISSI) at the launch of Pivot magazine.

The envoy congratulated the ISSI for bringing out the magazine and hoped that the publication would play a pivotal role in countering the negative propaganda against the two countries.

Jing said state to state affairs rely on dialogue on various matters and facilitation and both the countries face many common challenges. The vision of Pakistani government is similar to that of China.

“Pakistan is a peaceful country and is working for peace in the region. Pakistan always tried to establish peaceful relations with neighbours and Pakistan and China are jointly working for the regional peace,” he said.

He said CPEC is the first and foremost project of China’s One-Belt One-Road (OBOR) initiative.  He said to deal with the challenges in today’s world, development is very important. He said Prime Minister Imran Khan during his maiden China visit reaffirmed resolve to strengthen the mutual friendship.

“We trust each other completely. We are all-weather friends and we need to work together. We will provide all expertise to Pakistan and both the countries will fulfill the hopes of their people,” he added.

Secretary Foreign Affairs Tehmina Janjua has said CPEC is game changer for the region and all eyes are on the road and belt project.   “In order to counter the negative propaganda against CPEC, Pakistan will have to play a key role on the media front. Pivot magazine is part of this effort.”

Janjua said the magazine is a reflection of Pakistan-China friendship.

“Both the foreign policy of Pakistan and China pivot on each other. The bilateral relations reflect a two-way friendship. Pakistan-China friendship has remained steadfast in all challenges, this friendship is sweeter than honey, deeper than the sea and taller than the Himalayas,” she said.