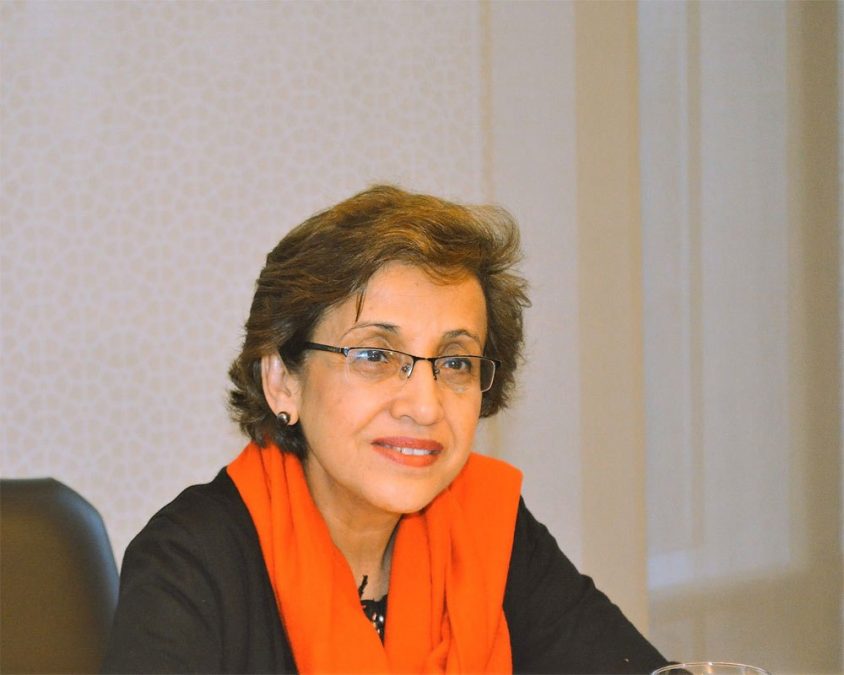 ISLAMABAD: Foreign Secretary Tehmina Janjua on Wednesday said the China Pakistan Economic Corridor (CPEC) project was adding a strong dimension to the all weather friendship ties between Pakistan and China.

She was speaking as chief guest here at the launch of the China PakistanStudy Center’s (CPSC) magazine PIVOT, organized by the Institute of Strategic Studies Islamabad (ISSI).

The Foreign Secretary said CPEC would play an important connecting role in the entire region and simultaneously it would bring peace to the entire region, according to an ISSI press release. She said was important to give a platform for the youth and promote people-to-people linkages. It was need of the hour to enable the young generation to carry forward the legacy of Pak-China friendship, she said and added that PIVOT was a quarterly magazine and its aim was to project Pakistan-China relations, developments in diverse spheres such as policy, economy, culture, tourism and people-to-people exchanges.

Janjua said the word ‘Pivot’ was reflective of the relationship between the two countries since China was the pivot of Pakistan‘s foreign policy and vice versa. She said the CPSC was fulfilling an essential requirement that was bringing the relationship to the forefront and congratulated the ISSI for reinvigorating the Center which she said was a highly important component of the Institute.

China is Pakistan‘s time tested friend and the Pak-China friendship has few parallels in the international relations, she said, adding Pakistan wanted to give the world the message of peaceful development and it was working hard to pursue that objective.

The rise of China in the global context and its economic pre-eminence had propelled new dynamics for globalisation and the common good, he said.

Pakistan, he said, was fortunate to be playing an important role in connectivity and prosperity in the region. However, there was a need to promote a better understanding of the vision of the two countries, focusing on all-inclusive facets of Pakistan-China relations, he added.

He said the aim of the CPSC activities was to undertake pragmatic and meaningful research and advocacy to promote Pakistan-China relations in diverse spheres. In this regard, China-Pakistan Study Centre aspired to be a centre of excellence devoted to strengthening relations between the two countries. Chinese Ambassador Yao Jing congratulated the launching of the first issue of PIVOT, which, he said, was an excellent way to learn Pakistan‘s perception of the relationship of the two countries.

He talked about the ‘Pivot’ of the Chinese foreign policy, which is based on two principles: peaceful development which does not challenge international order and win-win cooperation based on dialogue and collaboration.

He said Pakistan figured at a pivotal position in the Chinese new diplomacy for peaceful development. It was a peace-loving country as it had always advocated for peaceful relations with not only its neighbours but with all the international community, he added.

Regarding cooperation of both countries, he said development was the key to dealing with all the challenges in the present order. That encompassed development of self as well as the development of the entire region, he said.