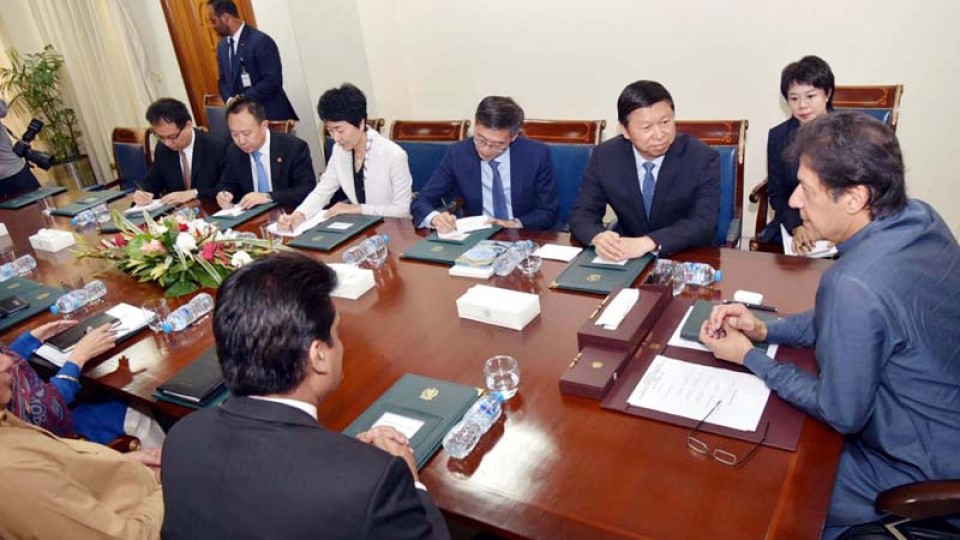 Ambassador of China to Pakistan Yao Jing on Tuesday visited Area Study Centre for Russia, China and Central Asia, University of Peshawar for a round table Conference on Belt and Road Initiative (BRI), China Pakistan Economic Corridor (CPEC) and Peace Prospects in Afghanistan on Tuesday during day long visit.

The Ambassador of China to Pakistan said that China has comprehensive relations with Pakistan and CPEC is just a part of that. China wants to help Pakistan overcome the socio-economic under-development.

Western parts of Pakistan particularly the less developed areas would be focused upon in the next phase of CPEC, the Ambassador said. The CPEC related projects are purely demand driven and approved by JCC after submission by the Government of Pakistan.

He said that Afghanistan’s role is central to the success of BRI and therefore peace in Afghanistan is essential for regional economic integration for shared growth and prosperity inter and intra-regionally.

The political settlement between Afghan Government and Taliban will have positive impact on the development of Afghanistan, region and regional integration.

He also said that China totally supports Pakistan’s efforts and role in the peace process of Afghanistan.

The ambassador has already given his consent to provide financial assistance to the Area Study Centre, for establishing Chinese Language Lab and for holding international conference on BRI, CPEC and Trans-Regional Integration in April this year.

Earlier, in his welcome address, Prof. Dr. Shabir Ahmad Khan, Director Area Study Centre said that the regional geo-economic and geo-strategic configuration has been changed. Pakistan has overturned the inherited Frontier Policy and Russia across the Amu-Darya is rather a strategic partner now.

He said that China has been transforming the historical bilateral strategic and political relations into economic partnership through CPEC. Though CPEC carries a strategic face also, the socio-economic under development is the weakness of Pakistan which the common adversaries can exploit and can afflict damage to Pakistan and CPEC.

Pakistan and China are in close coordination over the process of conflict resolution in Afghanistan. If any settlement reached upon it will need continuous diplomatic, financial and political support from the regional states as real stakeholders in peace of Afghanistan.