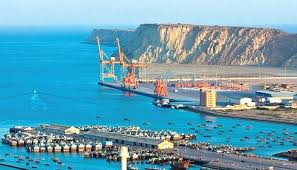 ISLAMABAD: Minister for Planning and Development Khusro Bakhtiar on Monday said that the government has planned to set up a university, medical college and a nursing school at Gwadar.

Speaking in the Senate, the Minister said that the government will ensure the protection of rights of the people of Gwadar and added that several new projects are in pipeline for the uplift of the people of the area.

The Minister said that the government has taken steps for provision of vocational and other training to the local people of Gwadar in order to bring them up to the requirements of the modern times and to enable them to cope with the challenges and opportunities to be brought by the China Pakistan Economic Corridor (CPEC). He said that an amount of Rs 2 billion will be used for vocational training with the support of the Chinese government as a grant amount.

Khusro Bakhtiar said that government was taking effective steps to protect and promote the rights of local fishermen of Gwadar and to provide them sources of income under the CPEC.

The Minister said that the federal government will coordinate with the provincial government of Balochistan to promote education. He added the Higher Education Commission has started awarding scholarships to local students.

As many as 444 locals have been given jobs out of around 500 jobs at Gwadar Stateway Express, he added.