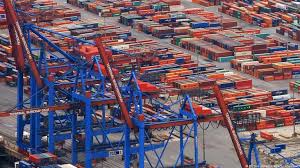 BEIJING: The multi-billion dollar China Pakistan Economic Corridor (CPEC) framework has become a lifeline for Pakistan as it would bring about 1.5 to 2 percent of GDP growth in the future, a senior fellow with Chahar Institute and former Chinese diplomat in South Asian countries, Cheng Xizhong said on Wednesday.

The Qasim power station, a coal-based energy project, constructed under the CPEC has provided $163 million in revenue to the Pakistan government after one year of its operation, he said while speaking during “One Belt and One Road face to face” programme of China Economic Net (CEN).

Cheng, also a visiting professor of Southwest University of Political Science and Law said the CPEC and the substantial improvement of power shortage and the construction of transportation infrastructures have greatly improved Pakistan’s basic investment environment, showing foreign investors the dawn of Pakistan’s strategic investment value.

He remarked that Prime Minister Imran Khan has been making a lot of efforts to improve the investment environment since he took office.

“It is said that the Pakistani government is going to introduce new policies in favor of foreign investment soon, which I think will be warmly welcomed by the business circles of relevant countries including China,” he added.