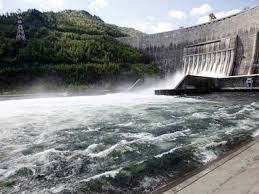 ISLAMABAD:  Pakistan has proposed China to conduct a study of Jhelum River cascade for determining power generation potential of one of the cheapest electricity generation sources, as Islamabad seeks to move away from expensive imported fuel-based power plants.

The development came amid growing focus on building dams to thwart drought and India’s policy to use water as a tool to financially bleed Pakistan. Pakistan made the proposal during the 8th Joint Cooperation Committee (JCC) meetings held in Beijing last month, according to the minutes of the meeting. The JCC is the highest joint decision making body of the China Pakistan Economic Corridor (CPEC).

The Pakistani side highlighted that in the next stage of energy cooperation, its priority is using indigenous sources of energy.

It is the second time that the issues of studying water cascades in Pakistan have come up for a decision at the JCC level. Earlier during the 6th JCC meeting, held two years ago, both sides had also discussed financing and developing the North Indus River Cascade, which has the potential to generate 40,000-megawatt (MW) hydroelectricity.

However, subsequently, no major progress was made due to differences over financing of the Diamer-Bhasha dam project.

Pakistan has an identified potential of producing 50,000-60,000MW of hydroelectric power.

It seems that China has linked the inclusion of new energy projects, particularly hydro ones, with the completion of a joint study on Pakistan’s power market.

Based on the joint study on power market of Pakistan, both sides will discuss 700MW Azad Pattan and 640MW Mahl hydropower projects at the fifth Expert Panel meeting, according to the committee’s decision.  The JCC documents also showed that the hydropower projects, proposed by provinces, will be evaluated by the Expert Panel and reviewed by the energy joint group for inclusion in the CPEC list, after completion of the joint study of Pakistan’s power market, according to the JCC’s decision.

Pakistan has also proposed to remove the 1,320MW Rahim Yar Khan imported-fuel power plant from the CPEC list in order to provide structure optimisation space for the subsequent power market of Pakistan. In place of Rahim Yar Khan, Pakistan wants to include Azad Pattan and Mahl hydropower projects in CPEC.

The Chinese side suggested that a study on optimisation of the energy mix of Pakistan should be carried out at an earlier time as part of the joint study.

The total dependency on hydro-sourced electricity may also increase vulnerability due to changing climate patterns, according to the independent energy experts.

As of end September last year, CPEC energy cooperation comprised 19 projects with a total installed capacity of 13,630 megawatts and a total investment of $26 billion, according to the 8th JCC minutes.

There are 12 under construction projects, while seven projects have already been commissioned with an installed capacity of 3,340MW.

The results of joint study on Pakistan’s power market will be fundamental for deciding the next step of CPEC energy cooperation, according to the JCC’s decision. Both the sides have already constituted a joint study team that has finalised the terms of reference and future roadmap.

During the JCC meeting, China also emphasised upon the payment of outstanding tariffs of the already commissioned energy projects. In order to address issues arising out of energy cooperation, Pakistan and China decided that these problems will be addressed through scientific planning and “amicable negotiations”.

It was also decided to constitute a joint panel under the Joint Energy Working Group and establish bimonthly formal and informal communications to timely address energy cooperation related issues.

Pakistan also decided, in principle, to extend the financial close date of 1,320MW SSRL Thar block-I project. But the project’s commissioning date will remain unchanged, according to the minutes.

The government has already approved the extension in letter of support for Lahore Matiari transmission line project till the end of February, without changing the date of commission that is decided March 2021.

The Chinese side pressed with its demand for approving tariffs for some of the energy projects. The National Electric Power Regulatory Authority (Nepra) is currently in process of reviewing all the tariffs and not giving new approvals.