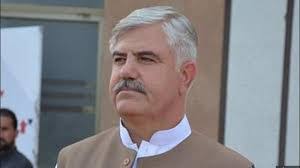 He passed the order while presiding over a meeting at Chief Minister Secretariat, Peshawar. Advisor to CM on Energy Hamayatullah Khan, Head of Strategic Support Unit Sahibzada Saeed, Energy and Power secretary,  Peshawar Commissioner and other relevant officers attended the meeting.

According to the details, his government would set up a separate model institution for the China Pakistan Economic Corridor (CPEC) related projects in the province. Chashma lift irrigation scheme will become a life-vein for the agriculture productivity and self-sufficiency in food requirements of the province and would boost agro-economy in the province, therefore, he directed to speed up work on the CRBC.  He also directed to get approval from EPA for 36 Mega Watt Dral, 17 Mega Watt Ranolia, 2.6 Mega Watt Machia.

The CM asked the concerned departments to own their projects and ensure timely completion of these projects. “The importance of CPEC should not be overshadowed by other consideration, therefore, CPEC would be the focus of our all times attention,” he said.

He directed to continue working on CPEC related projects round the clock as we have to work harder for the growth in all sectors in the province.

He further directed for the early execution and timely completion of hydropower generation projects in order to strengthen the economic base of the province and the submission of a report on the Swat Cascade. His government wanted the province to get sustained economic growth in order to ensure that the “province stands on its own feet”.

He was optimistic to generate maximum resources out of mineral, tourism, agriculture production, hydel power generation, cottage industry and other productive sectors.

He assured to launch its own transmission company and to take up NTDC and CCPA related issues with the federal government. “The Gadoon Industrial Estate would get 28 Mega Watt of electricity produced through Pehur hydropower projects of the province that would make the industries in the Gadoon industrial estate viable,” he said.

He directed for a comprehensive research-oriented plan for the hydel power generation including Chitral where 3000 Mega Watt of electricity could be generated from Chitral alone.

He also directed for the rapid execution and completion of government to government projects that included FWO, Korean projects, Syno-Hydro and KHNP project.