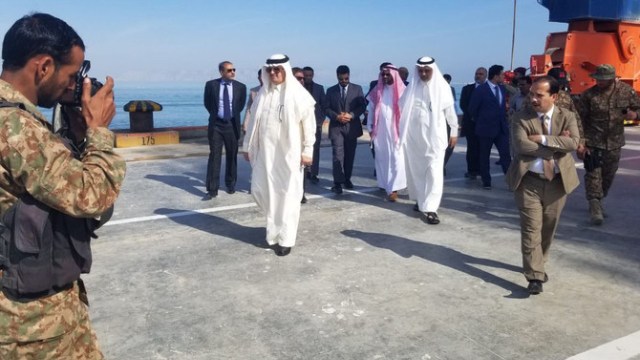 Pakistan and Saudi Arabia will sign a Memorandum of Understanding (MoU) in February for the construction of a “multi-billion dollar Saudi Aramco oil refinery” in Gwadar, Arab News reported Saturday.

Information Minister Fawad Chaudhry told the Arab daily that Pakistan is likely to sign a number of investment deals, including the construction of mega oil refinery, in February in the presence of a Saudi delegation. “The oil refinery project is the biggest investment project of Saudi Arabia in Pakistan,” he added.

Haroon Sharif, the chairperson of the Pakistan Board of Investment, said that a 15-member delegation of Saudi Arabia visited Gwadar to finalise the MoU for Aramco oil refinery. “We have finalised the MoU for the construction of Aramco oil refinery,” he said, adding that “overall directions have been agreed upon and the agreement will be signed at an ‘appropriate time’.”

Sharif said that he is expecting around $15 billion investment from Saudi Arabia in the next three years. “The inflow of investment for oil refinery and petrochemical complex in Pakistan is estimated to be between $6 billion to $10 billion.”