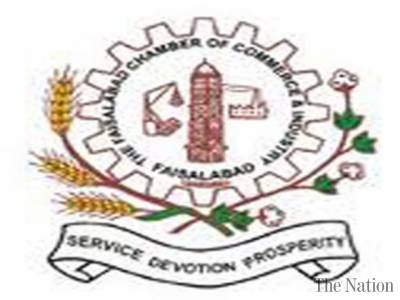 He said that there was a huge difference between the economic parameters of countries falling within the region and we must concentrate to upgrade the technologies of the under developed countries otherwise the scale of economy of China would badly effect the industry and SME sector of other countries. He stressed the need for joint ventures with the Chinese companies so that the issues of technology transfer and liquidity problem could be solved simultaneously. He said that China’s rapidly growing economy was expected to top the rest of the world’s economies by 2050.

Continuing, he said that Faisalabad’s GDP was projected to rise to US$ 37 billion in 2025 at a growth rate of 5.7 per cent which was higher than the growth rates of 5.5 per cent predicted for Karachi and 5.6 per cent for Lahore. He further said that in the 7th meeting of the Joint Cooperation Committee, it was agreed that the contents and vision of the CPEC would be expanded and three more pillars including agriculture, poverty alleviation, and people to people exchanges would be added to the existing four pillars, which were energy, infrastructure, transport and railway, and Gwadar Port. He further told that realising the opportunities and challenges of CPEC, the FCCI had constituted a special Standing Committee on CPEC, which had published a comprehensive study report on ‘CPEC-Opportunities and Challenges’ in mid of 2017’. A Chinese helpdesk had also been set up at the FCCI in addition to arranging Chinese language courses for the FCCI members intending to deal with China in the fast changing regional environment. He said that new opportunities were also cropping up for the Chinese companies to launch joint ventures and double trading opportunities, particularly in agriculture machinery and equipment, establishment of recreational clubs and facility, hotel construction, solar technology and solar cell industry, technical testing facilities, livestock and dairy development. He said that the China-Pakistan Economic Corridor (CPEC) also brought huge opportunities for Faisalabad due to its close proximity with the Eastern route of CPEC.

Faisalabad Women Chamber of Commerce and Industry (FWCCI) president Robeena Amjad said that Pakistan was strategically located in South Asian part of the continent, which was the only option to link China with rest of the world, including oil rich countries of Gulf and Arabia. She further said that we had to realign our priorities to get maximum economic benefit from the modern Silk Road. She said that we had to involve our SME sector in the mega project of CPEC, which could grow through value-addition and accreditation of technology in the years to come.