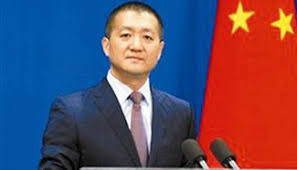 Chinese foreign ministry spokesman Lu Kang in his daily media briefing in Beijing said: “The Chinese side has offered and will continue to offer its best through assistance, trade, investment and all-around practical cooperation to support and boost Pakistan’s economic and social development.”

He was responding to a question about a Financial Times report, which said that China had pledged to lend at least $2bn to Pakistan to shore up its foreign exchange reserves and prevent further devaluation of the rupee against the dollar.

This was the first official confirmation by a Chinese official that Beijing had planned to extend a financial package to Islamabad.

Mr Lu further noted that Pakistan and China are “all-weather strategic partners” and both have been “in close communication with each other on the relevant cooperation”.

The details of the conditions on which the assistance is being extended to Pakistan are still not known, though there have been speculations it’s being given as a loan at an exorbitant rate.

Pakistan had formally sought Chinese assistance during Prime Minister Imran Khan’s visit to Beijing last November. The Chinese leadership had after the meetings with PM Khan pledged to help Pakistan out of the looming economic crisis, but the details were subsequently worked out in meetings at the official and experts’ levels.

It was initially said that Chinese package would also include a currency swap arrangement and increased access for Pakistani products to Chinese markets to redress Pak-China trade imbalance. Mr Kang in his statement also indicated that the package would be a comprehensive one.

Pakistan is also planning to launch ‘Panda Bond’ to raise up to $1 billion from Chinese equity market. Pakistan and China are, moreover, jointly undertaking the multi-billion dollar infrastructure and communications project — the China Pakistan Economic Corridor (CPEC). So far 22 early harvest projects under the CPEC have been completed or are under construction with a total investment of $18.9bn.

The CPEC, officials say, is being expanded and the two sides at a meeting of the Joint Coordination Committee held on Dec 20 had signed a memorandum of understanding on industrial cooperation and an agreement was also reached on promoting the construction of special economic zones. Moreover, China pledged to support projects such as education, agriculture, poverty alleviation, health care and vocational training under the newly set up socio-economic component of the connectivity project.

Pakistan had earlier secured balance of payments support from Saudi Arabia and the United Arab Emirates both of whom had pledged to deposit $3bn each in the State Bank of Pakistan. Saudi Arabia has already transferred $2bn to Pakistan under the arrangement. The kingdom has, moreover, promised to provide oil on deferred payment.

Negotiations with the International Monetary Fund over a bailout are, meanwhile, continuing and the government last month submitted a Memorandum of Economic and Financial Policies envisaging fiscal adjustment, energy pricing, monetary and exchange rate policy and structural reforms, but differences between the two are said to be persisting.