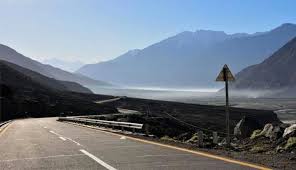 ISLAMABAD: Construction work of Hakla-D.I.Khan section of Western route of China Pakistan Economic Corridor (CPEC) is underway and the project is planned to be completed by end of 2019.

An official of NHA told APP that D.I.Khan-Zhob section of western alignment was approved by Executive Committee of the National Economic Council (ECNEC) in April 2017, for which Public Sector Development Programme and Chinese financing options were under discussion. He said that other two remaining sections, Zhob-Quetta and Quetta-Sohrab were in feasibility study stage.

He said that the NHA would expedite the feasibility study and submission of PC-I for the two sections so that their construction work could be started as early as possible.

To a question, he said as per the approved plan of CPEC, all highway sections falling on the western route were agreed by both sides.