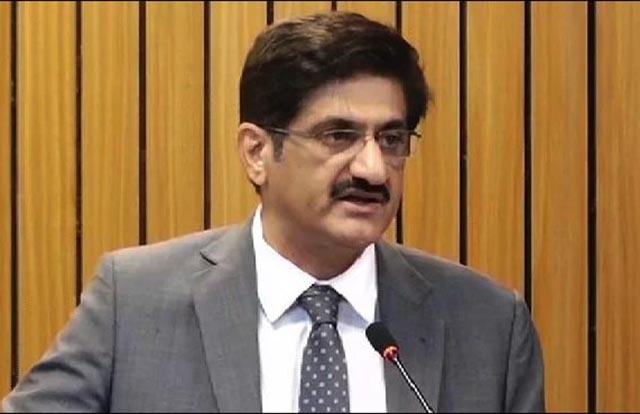 KARACHI: Sindh Chef Minister Syed Murad Ali Shah said on Sunday that two important projects pertaining to channelisation of the Indus River from Guddu Barrage to Sukkur Barrage and socioeconomic development in Thar had been included in the China Pakistan Economic Corridor (CPEC) and sent to the Joint Working Group (JWG) for final approval.

CPEC’s highest forum, the Joint Coordination Committee, had taken up the two projects in its meeting held in China last week and referred them to the JWG so that it could give its approval in its meeting scheduled to be held in March 2019.

The 180-km-long channelisation of the Indus and financing of the Thar Foundation working in education, health, socio-forestry and bio-saline agriculture in the desert region would have a great impact on the overall development of the province, the CM told reporters after attending the convocation of the Shaheed Zulfikar Ali Bhutto University of Law (SZABLU) on its Korangi campus.

The JWG will also take up socioeconomic development in Thar

Accompanied by Law Adviser Murtaza Wahab, CM Shah said: “I presented the two projects in the JCC and most probably they would be approved by the relevant Joint Working Group in their meeting to be held in March.”

About channelisation of the Indus, he said: “It is a mega project and the provincial government is working to complete its required formalities and through the Joint Working Group it would be forwarded for final approval from CPEC authorities.”

He said that it would be a great project for the development of the agriculture sector. It would not only save water but would control water logging and salinity in the districts located on both banks of the river. The channelisation would help save the area from floods and develop large agricultural lands in the kacha areas, he added.

Talking about the socioeconomic sector, Mr Shah said that he told the Chinese authorities that the Thar Foundation was already working in education, health, socio-forestry and bio-saline agriculture in Thar.

“I proposed to them to approve the project for Thar Foundation so that it could be implemented in the Thar area where a coal-fired power plant is being established under the CPEC projects,” he said.

He said that the Chinese authorities appreciated the efforts of the provincial government and referred the project to the JWG, which would meet in March 2019. “I am sure it will be approved.”

Replying to a question, he said that his government was ready to form standing committees in the provincial assembly during the last session. “These committees are formed by the assembly and we are ready for it in the next assembly session,” he said.

Earlier, addressing the first SZABUL convocation, he said it was a matter of great pleasure and satisfaction for him that the Sindh government succeeded in setting up the first law university of Pakistan.

He congratulated the vice chancellor, faculty members and students on achieving this milestone.

“For me SZABUL is a success story and this convocation ceremony is the logical conclusion of a long journey,” he said, adding that when most public sector organisations were not coming up to the expectations, SZABUL emerged as a robust and financially sound organisation.

Addressing the law students, he said they were the judges and lawyers of tomorrow. “In fact, the performance of the justice system is dependent on the quality of your professionalism, skills and knowledge,” he said.

He added that there was a strong linkage between the qualities of human resources available to the judiciary and the functionality, integrity and legitimacy of the courts systems. “I am confident that you will exceed the expectation of all of us and prove to be an asset to be followed by the rest of country.”

“Your interest in education, your integrity, honesty, sincerity for the job may elevate you to the highest position in the judiciary and this society is looking towards you,” he said.

He assured Vice Chancellor Qazi Khalid Ali that he would provide all the required funds so that the under-construction university building in Korangi could be completed.