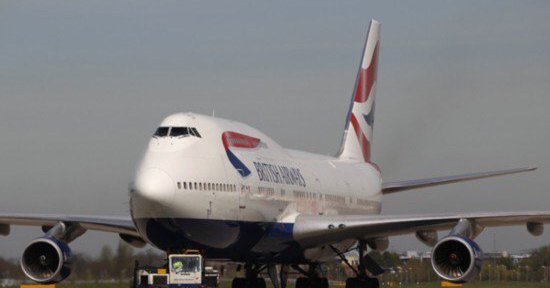 The United Kingdom’s national carrier, British Airways, will restart flight operations in Pakistan after a decade, said an announcement by the British High Commission.

British Airways flight operations were suspended in 2008 following a terrorist attack on the Marriot hotel in Islamabad, the British high commission representatives announced that ” flight operations are set to resume from June 2019.”

Addressing a news conference in Islamabad  the officials of the British High Commission termed restoration of peace in Pakistan as a ‘good omen.’

Thomas Drew, the British High Commissioner to Pakistan, said BA’s return was “a reflection of the great improvements” in security.

BA, which is owned by Spanish-registered IAG, is due to begin the London Heathrow-Islamabad service on June 15, with three weekly flights by the airline’s newest long-haul aircraft, the Boeing 787 Dreamliner.

According to the initial framework, three flight are set to depart in a week.

Middle Eastern carriers Qatar Airways, Etihad Airways and Emirates have a strong presence in Pakistan and have been eating into PIA’s dwindling market share.

Turkish Airlines also lays on a regular service to Pakistan. Islamabad has been running international advertising campaigns to rejuvenate its tourism sector.

Robert Williams, Head of Sales for Asia Pacific and the Middle East for British Airways, said the carrier believes the route “will be particularly popular with the British Pakistani community who want to visit, or be visited by, their relatives”.

“The links between Britain and Pakistan are already extraordinary – from culture and cricket, to people, politics and education,” Drew added in a statement. “I see this launch as a vote of confidence in the future of those links.”

PM’s Advisor on Overseas Pakistanis and Human Resource Development Zulfi Bukhari, who was also present at the press conference, termed the return a ‘great leap for Pakistan’.

DGISPR Major General Asif Ghaffor also took to Twitter to laud the security forces for the restoration of peace and stability in the country and thanking British Airways to reviving its flight operations in Pakistan.