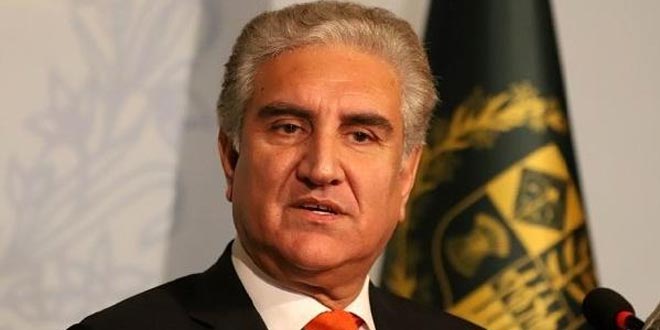 Talking to a private television channel, he said the Chinese government had appreciated the timely action of Karachi police and expressed sympathies with the bereaved families of martyred police.

To a question, the foreign minister said Prime Minister Imran Khan wanted to attend the National Assembly sessions but the opposition behavior in the House had been very aggressive.

Qureshi said the Opposition instead of Shahbaz Shaif should nominate someone else for Chairmanship of Public Accounts Committee. He said the Prime Minister would not compromise with corrupt people and added that the Prime Minster would take the nation into confidence on November 29.

He said the tense atmosphere created by the Opposition in the Parliament was in nobody’s interest. He said that it was a long desire of the Opposition to dislodge the PTI government, but added that the treasury benches should have patience.

Terming the Prime Minster’s visit to China very encouraging and successful, the foreign minster said, the Chinese leadership had given a clear message to Pakistani leadership during this visit.