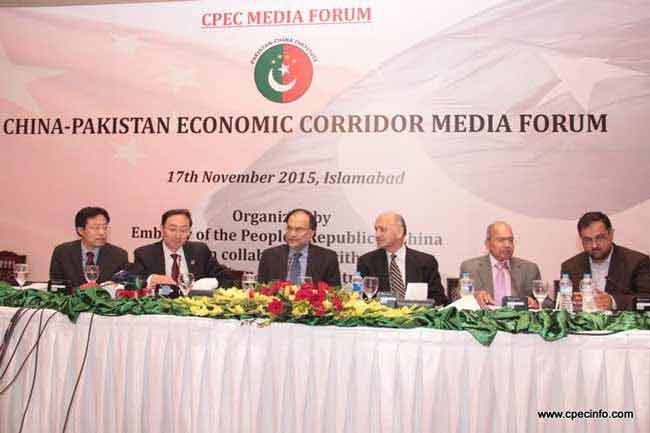 BEIJING: Pakistan and Chinese media persons, analysts and lawmakers will gather in Beijing, China, on Friday for day-long discussions to enhance cooperation between the journalists of the two countries and to counter native propaganda against the multi-billion China Pakistan Economic Corridor (CPEC).

CPEC communication awards will be announced of the Initiative: CPEC best investigative story of the year. There will be announcement of Building Rapid Response Information Exchange Network Representatives from PCI & China Economic Net (CEN) to elaborate the purpose of the network.

Delegates will deliver Keynote speeches on challenges of CPEC in the new phase of development. Mushahid Hussain said international political and economic environment has become competitive in recent years.

“In this context, CPEC is entering into a new phase of development and we will discuss as to what challenges will it confront and what are the most crucial problems that are needed to be tackled urgently? What should the media do?” he added.