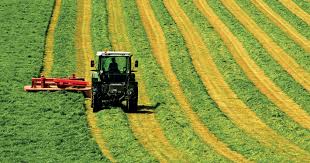 FAISALABAD: Deputy Consul General, Chinese Consulate in Lahore, Peng Zhengwu has said that Chinese mango import from Pakistan will be doubled by next year due to its unique aroma and taste.

During his visit to the Confucius Institute, University of Agriculture Faisalabad, he said that China and Pakistan agricultural ties were being further strengthened as a step towards development and uplift. He said: “The Xinjiang Agriculture University and the University of Agriculture Faisalabad are enjoying excellent cooperation not only in the field of education but also in research and development programmes.” He said that the collaboration would bring fruitful results. He said that under the banner of the Confucius Institute, UAF, around 7,000 students had learned the Chinese language that would further boost the people-to-people contact. He was of the view that China gave the great honour of the Pak-China friendship and recognised Pakistanis as their time tested friend. UAF Registrar M Hussain said: “Our friendship is deeper than the sea and higher than Himalayas and sweeter than honey and people of both countries have heartiest feelings for each others.” He said that the university was housing Confucius Institute under which thousands of students were imparted education about Chinese language, culture, cooking etc. He said: “We are enjoying time-tested bilateral relations based on mutual cooperation aimed at making the world more prosperous and peaceful.”