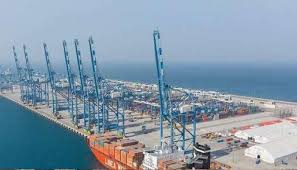 PESHAWAR: The transport, logistics and communications sectors contributed 13.3 percent to the Gross Domestic Product (GDP) in 2016-17 and the share is likely to grow due to the China Pakistan Economic Corridor(CPEC), a study said.

Karandaaz Pakistan had conducted the study and launched it on Monday. The study said the road sector provided 3.1 million people with livelihood opportunities in 2014-15. Both the passenger and freight transport sectors were highly profitable.

It said the transport sector’s share in the GDP was likely to grow as CPEC developments were materialised over the next decade.With 13 percent of CPEC’s investment expected in road and highway construction, the impact on the transport sector would be highly positive, it indicated.

Chief Executive Officer Karandaaz Pakistan, Ali Sarfaraz, said the study was aimed at including extensive primary and secondary research, providing financial institutions analysis and insights to design suitable financial products to cater to needs closely aligned with the current demand of the sector.

He said the transport and logistics sector were among the most important elements of an economy.The CEO said transportation focuses on the movement of goods from one place to another, logistics referred to the management of this flow and in addition to transport, includes storage, handling, inventory, and packaging among other things.

Findings from the survey said the road transport sector is bankable with some qualifications. It said only 5 percent of current vehicle owners using formal banking channels for the purchase of vehicles and the opportunity to entice the remaining 95 percent with tailored products and services undoubtedly existed.