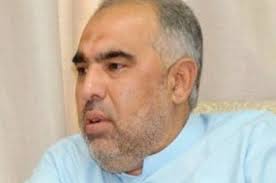 ISLAMABAD: Speaker National Assembly Asad Qaiser has said the friendship between Pakistan and China is based on mutual respect, trust, strong strategic partnership and economic cooperation.

The speaker stated this in a meeting with a 15-member delegation of the National People’s Congress of China (NPC) led by Vice Chairman of the Standing Committee of NPC Zhang Chunxian.

“The everlasting friendship between the two neighbours has proved to be true in every test,” said Qaiser, adding that this bond could be further strengthened by promoting contacts between the parliaments of the two countries.

He said the recent visit of Prime Minister Imran Khan to China yielded great results, and hoped that the agreements signed during the visit would be implemented.

“Creation of industrial zones and transfer of technology by China will create new employment opportunities and raise the standard of living of people,” he said.

Talking about the China Pakistan Economic Corridor (CPEC), he said the project would prove to be a gateway to prosperity and progress of the region, adding that Pakistan was committed to a speedy completion of the economic corridor.

“China in a relatively short period of time has risen to a prominent place in the world, and Pakistan hopes to benefit from its expertise in the fields of technology and economics,” said Qaiser, adding reciprocal opportunities should be available for mutual trade between the two nations.

“China attaches high importance to its relations with Pakistan and considers it a major strategic partner,” Chunxian said.

“Leadership of both sides is committed to raising this mutual relationship to new heights,” he said, adding that contacts between the two parliaments would benefit both the countries and bring the nations closer.

Furthermore, the delegation told Qaiser that PM Imran’s recent visit to China was very successful during which several agreements were signed, and fruits of the visit would reach the people of the two countries.

“China wants to see a prosperous and developed Pakistan and will continue all possible cooperation for its economic and social progress,” said Chunxian.