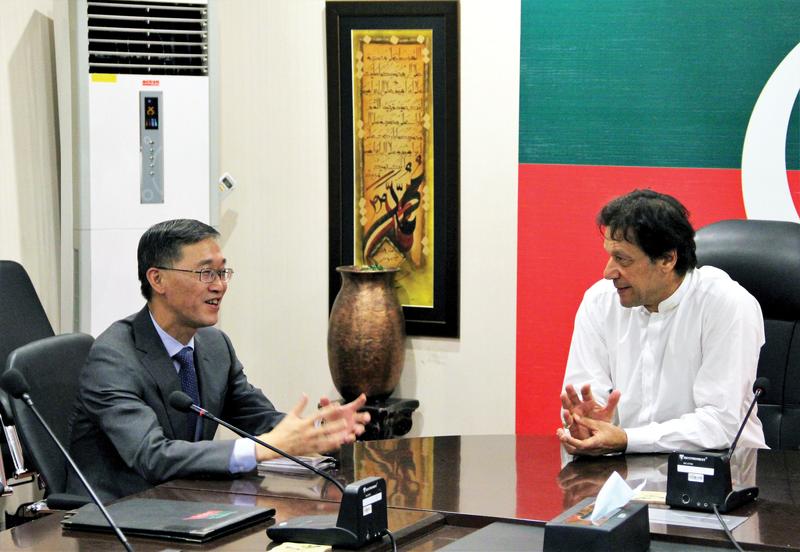 BEIJING   –  Pakistan’s products will be more popular in the Chinese market and Pakistan’s export to China will increase substantially after the first China International Import Expo being held at Shanghai, a senior research fellow said on Friday.

Being a market economy, the Chinese government can encourage traders and businessmen to import from Pakistan, but as for what to import and how much to import, it is mainly determined by the market and it is also closely related to the promotion of Pakistani products, Senior Research Fellow of Charhar Institute, Cheng Xizhong told APP.

Pakistan, as a country of honour, has set up a pavilion at the expo to display its main products and highlight the development process and achievements in science and technology, information technology and other areas. However, the import from Pakistan is also closely related to the quality of Pakistani goods and the demand in the Chinese market.

China is a large country with a population of 1.4 billion and its market is very large, and the Chinese government has many preferential policies for importing goods from Pakistan.

Emphasizing industrialization, he said it can greatly enhance Pakistan’s export capacity and put on Pakistan on the road of modernization and as a result, Pakistan can enhance its overall national strength in the region. “I sincerely wish that some day we could buy high-quality television sets, mobile phones, cars, and smart products from Pakistan,” he added. Cheng, also a former diplomat, said trade between China and Pakistan and how to increase Pakistan’s exports to China is an old issue that is often discussed.

“Now, we are still discussing this issue. Objectively speaking, for many years, the Chinese and Pakistani governments have made much effort to resolve this problem,” he added. He also highlighted the role of Chinese media for running a lot of reports about Pakistan and promoting friendly relations between China and Pakistan.

The Chinese media has played an important role in promoting understanding between the two peoples and promoting entry of Pakistan enterprises and commodities into China.

About the significance of the expo, he observed that in order to promote export, many countries in the world hold export fairs or import and export fairs. “This is the first time China has held an international import expo. It may also be the world’s first large-scale international import expo. This shows that as world big countries are closing, China is more and more open. China is now promoting a new round of high-level opening up to a new height,” he added.

According to economic experts, during the expo to be continued till November 10, Pakistani businessmen and traders will have an opportunity to interact with not only their Chinese counterpart but also introduce themselves to the business community of other countries as well.

The expo will create more opportunities for extensive and in-depth trade cooperation between Pakistan and China.

It may be mentioned here that more than 2,800 companies from 130 countries and regions, and 160,000 buyers from over 80,000 Chinese and foreign companies are participating in the expo.