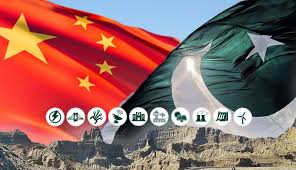 ISLAMABAD    –      Pakistan and China have been able to remove misunderstandings on the multi-billion-dollar China-Pakistan Economic Corridor project and have vowed to expand the strategic ties to a new level, officials said on Sunday.

Senior officials at the foreign ministry told The Nation that the two allies had pledged to ignore ‘international conspiracies’ against the China Pakistan Economic Corridor (CPEC).

One official said: “The CPEC will not be halted. The international conspiracies will not work. In fact we will expand the strategic ties to a new level. Pakistan and Chinese leadership discussed everything (on CPEC) and there are no issues now.”

Another official said that Beijing had warned Pakistan about Indian conspiracies against CPEC. “They (China) have asked us to keep our eyes open. Some of our neighbours (referring to India) are not happy at all (with the CPEC),” he added.

The ‘misunderstanding’ on the CPEC surfaced after the Financial Times ‘misquoted’ Adviser to the PM Razzak Dawood. The Financial Times had reported that Pakistan was planning to review or renegotiate agreements reached under China’s Belt and Road Initiative (BRI). Prime Minister Imran Khan had also criticised some parts of the CPEC agreements signed by the last Pakistan Muslim League-N-led government.

They agreed to task CPEC Joint Cooperation Committee to explore new areas of cooperation. In this regard, it was decided that the 8th session of the JCC will be held in Beijing before the end of the year.

“To further expand cooperation under the CPEC, the two sides announced setting up of a working group on socio-economic development, to assist with livelihood projects in Pakistan,” the statement said.

It added: “They agreed to discuss CPEC-related issues including through China-Pakistan Strategic Dialogue, political consultations, and JCC.”

Recognising the significance of Gwadar as an important node in cross-regional connectivity and the central pillar of CPEC, the statement said that both sides agreed to speed up progress on the port and its auxiliary projects.

“They agreed to boost Pakistan’s industrial capacity including through joint ventures in priority areas, relocation of labour-intensive industry and SMEs (small and medium-sized enterprises) collaboration,” it said.

They agreed to conclude the second phase of the China-Pakistan Free Trade Agreement as early as possible, and continue discussions on the Pakistan-China Agreement on Trade in Services.

Both sides agreed to further expand and deepen their collaboration including in the areas of new and emerging technologies, nanotechnology, biotechnology and ICT, which can contribute to improved living standards through their applications in fields of health, agriculture, water, energy and food security.

The two sides also agreed to strengthen cooperation in the field of manned space, and the China Manned Space Engineering Office and Space and Upper Atmosphere Research Commission will sign a framework agreement on cooperation.

They agreed to build on existing cooperation in the area of agriculture and explore new areas of joint collaboration.

The Pakistan side recognised China’s unremitting efforts to combat corruption and its great achievements, and evinced interest in learning from Chinese experience and accomplishments in the field of anti-corruption.

Both sides decided to celebrate ‘Pakistan-China Year of Friendship/Sister Cities’ in 2019 and to establish friendship city relationships between corresponding Chinese and Pakistani cities and provinces.

They agreed to further enhance cooperation between neighbouring regions of the two countries, particularly in the areas of economy, trade, transportation, energy, industry, tourism, education, people-to-people contacts and livelihoods.

The two sides shall discuss the possibility to organise an Ancient Pakistan and Gandhara Artefacts Exhibition in Beijing, said the statement, adding that they also agreed to strengthen cooperation in the field of sports.

The two sides also agreed to establish China-Pakistan Youth Communication Committee, which will coordinate the exchange of youth and cooperation on youth affairs.

The foreign ministry said that the Chinese side conveyed its support to Pakistan’s commitment and efforts to counter terrorism; assured Pakistan of its support in implementing its counter-terrorism strategy, and commended the tremendous sacrifices made by the Pakistani nation in fight against terrorism and for Pakistan’s immense contribution to regional and international peace and security through its achievements and successes.

Both the sides stressed that China and Pakistan were ‘good neighbours, close friends, iron brothers and trusted partners.’

The two sides reiterated that the BRI represented a win-win model of international cooperation and provides new opportunities for economic rejuvenation and prosperity of all countries.

Pakistan expressed a desire to learn from Chinese poverty alleviation model, which lifted over 700 million people out of poverty over the last forty years. China is willing to strengthen policy dialogue, experience sharing and capacity building in the field of poverty reduction with Pakistan, and support Pakistan to establish poverty alleviation demonstration projects, said the joint statement.

Both sides reiterated the importance of people-to-people contacts and cultural exchanges and agreed to encourage mutual visits of nationals of the two countries. Both the sides agreed to improve visa facilitation for mutual visits.

Both sides agreed to also enhance defence cooperation; maintain visits and exchanges at various levels between relevant departments of the two armed forces; make full use of China-Pakistan Defence and Security Consultation mechanism; deepen cooperation in areas such as military exercises, training cooperation, personnel exchanges, and equipment and technology cooperation.

The two countries vowed to further enhance cooperation against ‘Three Evils’ of extremism, terrorism and separatism. Both sides will continue to regularly utilise their existing mechanisms of strategic dialogue and counter-terrorism and security consultations to promote communication and cooperation in relevant fields.

Both sides reaffirmed their commitment to the purposes and principles of the UN Charter, promoting international peace and security, and safeguarding the contemporary world order and the UN-centric international system.

They agreed to jointly promote multilateralism, free trade and win-win cooperation. The two sides support a consensus-based reform of the United Nations so that it responds to the interests and concerns of all Member States.

Both sides believed that a peaceful, stable, cooperative and prosperous South Asia is in the common interest of all parties. Both sides emphasised importance of pursuit of dialogue and resolution of all outstanding disputes to promote regional cooperation and advance the goals of lasting peace, stability and shared prosperity.

China appreciated Pakistan’s quest for peace through dialogue, cooperation and negotiation, on the basis of mutual respect and equality, and supports Pakistan’s efforts for improvement of Pakistan-India relations and for settlement of outstanding disputes between the two countries. Pakistan also supported active participation of China at the platform of South Asian Association for Regional Cooperation.

The two sides underlined the importance of peaceful settlement of all disputes in the Middle East on the basis of mutual respect and in accordance to the precepts of international law.

The two sides agreed that Joint Comprehensive Plan of Action was an important outcome of multilateralism and a good model of negotiated settlement of complex issues through dialogue and diplomacy.

They called on parties to uphold their respective commitments and to resolve all issues through dialogue. They opposed unilateral measures and long-arm jurisdiction that is inconsistent with the principles of international law.

The two sides reaffirmed their commitment to multilateral, non-discriminatory arms control and non-proliferation endeavours. They noted with concern the continued pursuit of double standards in the application of non-proliferation norms and procedures and called for policies upholding rule of law and long-standing rules.

China appreciated and supported steps taken by Pakistan for strengthening the global non-proliferation regime. In this context, China supported Pakistan’s engagement with the Nuclear Suppliers Group and welcomed its adherence of NSG Guidelines.

Recalling the commitments of all states for implementation of General Assembly and Security Council resolutions relating to international terrorism; both the sides underscored the need for all states to avoid politicisation of the UN Sanctions regime and the work of the Financial Action Task Force.

The two allies reiterated the need to evolve the text of Comprehensive Convention on International Terrorism on the basis of consensus.

During the PM’s visit, Pakistan and China signed 15 agreements and MoUs on a range of bilateral issues.