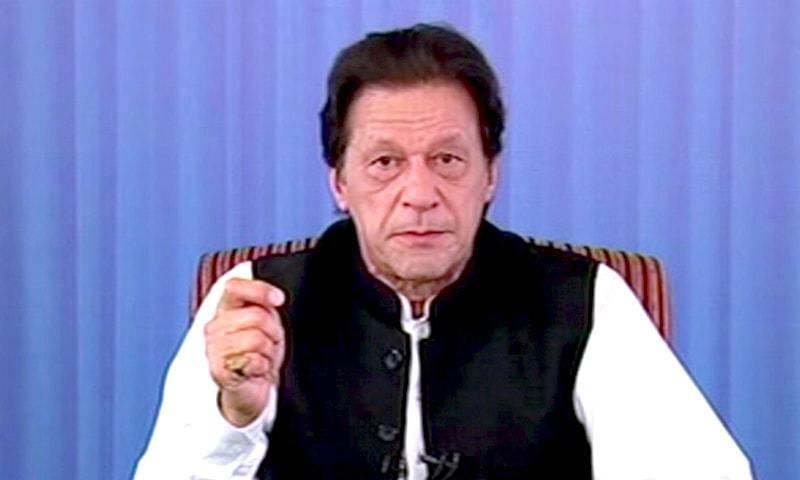 ISLAMABAD: Prime Minister Imran Khan on Thursday said his government would focus on transfer of technology and growing investment and trade relationship with Beijing through the China Pakistan Economic Corridor(CPEC).

Addressing a ceremony to mark the first joint venture between China and the private sector, the prime minister said Pakistan has a young population who are in search for jobs. “With investment, unemployment will come down. Our government’s policy is simple — to remove hurdles for investors and businesses,” he said.

The premier stressed that ease of doing business in Pakistan was essential to eliminate unemployment and poverty from the country. Speaking on his upcoming visit to China, the prime minister said the government’s initiative to build five million homes for low-income groups will also be a focus of discussions, adding he was hoping to secure investment for this in China.

“We are looking forward to going to China next week and hope to strengthen our trade, business ties. We look forward to CPEC becoming a base to build our future relationship,” he said. Imran Khan will pay an official visit to China from November 2 to 5 and is expected to hold meetings with President Xi Jinping and Premier Li Keqiang.

Meanwhile, the federal cabinet has approved an increase in price of electricity by Rs1.27 per unit. The National Electric Power Regulatory Authority (Nepra) had recommended Rs3.82 per unit increase in the price. Consumers using less than 300 units per month, which are about 100 million, will receive no impact of the price increase.

Finance Minister Asad Umar after the cabinet meeting distanced the federal government from the announcement pertaining to an increase in power tariff, stressing that the hike was determined by Nepra.

“I should clarify that this government had nothing to do with even a penny of this hike. This determination of the price hike was completed in August. The cabinet in its meeting chaired by Prime Minister Imran Khan here at the Prime Minister’s Office accorded approval.”

Federal Ministers Fawad Chaudhry, Asad Umar and Umar Ayub Khan later briefed the media about the proceedings of the cabinet and told it that electricity rates have been increased by 10 percent for consumers using 300 to 700 units of electricity per month, while an increase of 15 percent is for those who utilise more than 700 units a month.

Asad Umar said loss to the tune of Rs453 billion was witnessed in the power sector last year, which could reach Rs550 billion this year if no steps are taken to check this. This loss puts additional burden on ordinary consumers in the form of enhanced rates of electricity or the government taking more foreign loans. He said Nepra had recommended Rs3.82 per unit increase in the price of electricity. He said this hike was determined in August this year, before the current government assumed power. The minister said no increase has been made in the price of electricity for commercial consumers who use connections less than 50KV. They are equivalent to 95 percent of businessmen. He said the cabinet decided to continue the subsidised agriculture rates of Rs5.35 per unit, reduced from Rs10.35, for the whole financial year. He said the government is making efforts to give support to exports industry to enhance its share in the national income.

The minister said 78 paisas per unit price has been increased for industry. Asad Umar said no increase will be made in electricity prices for school, hospitals and other institutions. He said the hike in power tariff will not affect those who consume less than 300 units of electricity.

“Seventy per cent of household connections fall in thiscategory, and they will not have to pay a penny more,” he said, adding: “Twenty percent people, whose consumption is between 300 and 700 units, their rates have been increased by 10 percent; and consumers of 700 plus units, will have to pay 15 percent more.”

The minister further said commercial consumers who consume less than 5KV of electricity, who comprise 95 percent of overall commercial connections, will also remain unaffected. Asad Umar said that the government was trying to secure loans “not just from the IMF” but from multiple lenders.

Regarding the recent protests by the Utility Stores Corporation (USC) employees in Islamabad, the minister said that Abdul Razak Dawood has been asked to make a plan to make the USC viable.

Asad Umar clarified that there was no direct Saudi involvement in the CPEC, which he emphasised, remains a bilateral venture between China and Pakistan.

“One month ago when the Chinese finance minister came to Pakistan, we spoke to him about CPEC projects,” he said, adding: “The entire CPEC programme is a bilateral project. Underneath the CPEC, there are many more plans, in which we had discussed whether we can invite a third country to invest — to which China agreed.” Asad Umar said Rs140 billion had been saved this year due to improvement in electricity distribution system. He said despite a steady increase in oil prices worldwide, the prices of petroleum products in Pakistan have not been increased by the government.

Umar Ayub said a campaign against power thieves will start from today (Friday) in Lahore and raids will be conducted at establishments where there are reports of power theft. He said those caught stealing power will be fined heavily.

Fawad Chaudhry said the cabinet decided that the first Pakistani will be sent to space in 2022. He said an agreement has been signed to this effect between Suparco and their Chinese counterpart. He said the PTI government has a clear stance that corrupt elements will not be spared and all efforts will be made to recover the looted money from them. He said in order to empower the National Accountability Bureau (NAB), the cabinet decided to convert ordinary passports of NAB officials into official blue passports.

Fawad Chaudhry said the cabinet also decided that the National Testing Service (NTS) will be made more effective and Minister of Education Shafqat Mahmood has been given the task to evaluate the service and present a strategy to make it more credible. He said the cabinet also accorded approval to appoint Lt Gen Abdullah Dogar as Chairman Heavy Industries, Taxila. The cabinet also approved the reduction in visa fee of Pakistani workers to Saudi Arabia from 2,000 riyals to 300 riyals.

Clarifying to a questioner on the financial package agreed with Saudi Arabia, the minister said $3 billion will be placed with the State Bank of Pakistan (SBP). In addition, he said, the facility of buying oil from Saudi Arabia worth $3 billion on deferred payments has been agreed. He said this facility is for three years and would translate into $9 billion in total. He said the government was exploring various avenues for its financing needs and the IMF is one of these.

Asad Umar dismissed concerns that Pakistan may have had to agree to meet some Saudi demands in return for securing a bailout package. “The Saudis did not make any demands that we refused to meet,” he said, adding: “They made no demands. And this is the Pak-Saudi relation; it’s a people-to-people connection. They will stand by Pakistan’s side during our time of need.”