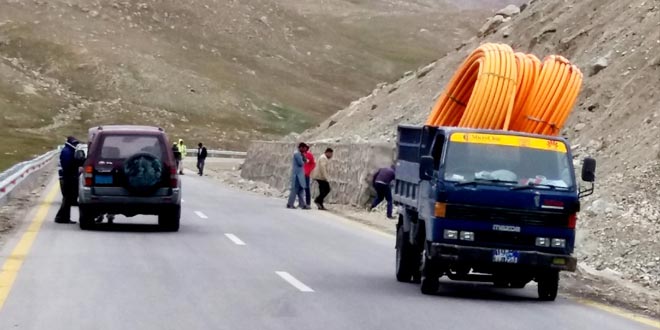 While conversing with media on Monday, an NHA official confirmed that the project forming part of the Gilgit-Shandoor-Chitral road would be providing an alternative route to the China Pakistan Economic Corridor (CPEC). He further revealed that the comprehensive design and pre-feasibility study for the Gilgit-Shandoor section have been completed.

The official said that the new road would be an all-weather road so that it could provide ease to the CPEC route during the winter season too.

Additionally, he said that it would provide another route to Chitral other than the Lowari Tunnel. The approximated cost of the 345-kilometre road is rupees forty-five billion.

In the 6th JCC of CPEC that was held in 2016, it was decided that the Chitral CPEC road from Gilgit—Shandoor—Chitral to Chakdara is added in the CPEC portfolio. He further said that the road initiates from Gilgit town situated on Indus Highway and terminate at Chitral town which is situated on the Nowshera-Chitral Highway.

Regarding the present situation of the road, he said that it was built in 2002 by the provincial government however its sharp curves and sharp gradient made the movement of heavy traffic tough and unsuitable.

About the objectives of the project, he said that it would be connecting the neighbouring areas and valleys, which would assist in boosting the tourism and in creating new job openings for the local residents.

He maintained that the project would provide a better communication system for the people of the area and once the Lowari tunnel gets completed, this road should serve as an alternative to the Karakorum Highway.