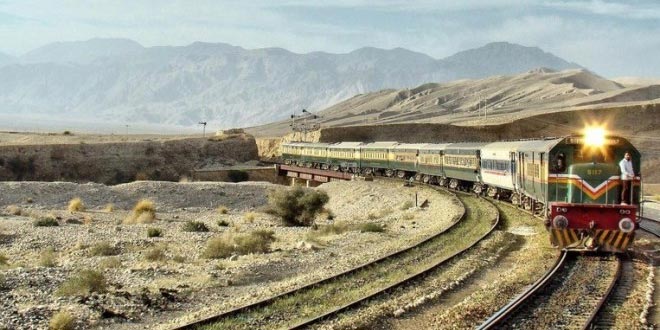 BEIJING  –   A top official of a Chinese railway company has categorically rejected media reports suggesting that Pakistan and China had agreed to renegotiate the cost of MR-1 project and cut it from eight to six billion dollars.

Mr Wang Lei, Executive Managing Director of China Railway Corporation (International) Limited (CRCC) however pledged that they would always try to save money for Pakistan.

Conducting a comprehensive briefing here on Wednesday, he said there was no truth in reports about slashing the budget of the said project. He said no Pakistani government official has ever asked them to renegotiate the project cost.

Lei shed light on the profile of his company and the status and progress on different mega projects it is carrying out in Pakistan. He said work was going on smoothly on all projects that involved 90 percent Pakistani workforce and only 10 percent Chine personnel.

He said his company was engaged in construction of a rail link under the China Pakistan Economic Corridor (CPEC). This rail link would connect all the four provinces and AJK with CPEC, he said and added that his company was proud to be participating in the gigantic project.

The CRCC is a state-owned corporation which in fact is working on 24 projects of different nature and sizes in Pakistan.

Mr Lei explained that Chinese government was financing only CPEC projects while other ancillary projects were signed between the corporation and the Pakistani government and the funding for those is being provided by the federal and provincial governments.

The executive said CRCC has recently negotiated a 10-year development project with the newly appointed federal minister and the chairman of Karachi Port Trust (KPT), and soon a final agreement would be signed. Under this proposed agreement, Karachi Port would be connected with Port Qasim for which China would provide financing.

He told a questioner that these links were being constructed to avoid any traffic jams causing any obstruction to smooth sailing of CPEC.

Responding to a question from a Balochistan journalist, Mr Lei said CRCC was not doing any project in that province but eventually it may be undertaking rail or road link projects there after negotiating with the provincial government.

He said high-level exchanges were in progress to ensure closer links of CRCC with Pakistan in the context of CPEC. Working groups from both sides were holding regular meetings to review future cooperation in various sectors.

The official of the Chinese corporation confirmed that work on Karachi Circular Railway was halted because the federal government was not making payments.

However, this matter may come up for discussion during the upcoming visit of Prime Minster Imran Khan to China in the first week of the next month, he said. “We need federal government guaranty and we are confident the work on this project would soon be resumed,” the official said.

They said CRCC was able to provide its clients across the world one-stop integrated services. They said their company had established its industry leadership position in project design and construction fields in plateau railways, high-speed railways, highways, bridges, tunnels and urban rail transit. They added that CRCC was operating in more than 100 countries and total mileage of its overseas rail projects exceeded 10,000 kilometres.