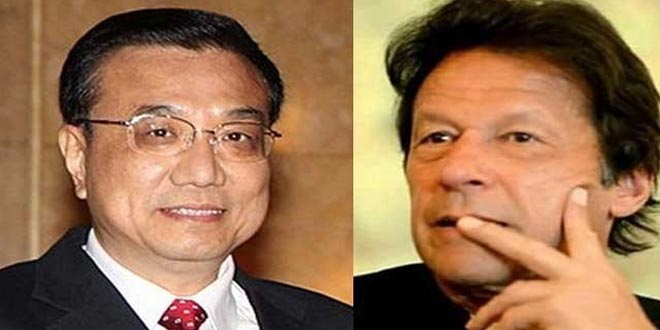 SLAMABAD: Pakistan expects the China Pakistan Economic Corridor(CPEC) to regain pace after a visit of Prime Minister Imran Khan to Beijing next month with the signing of a framework agreement on industrial zones, progress on agricultural cooperation and addition of a social sector joint working group.

A senior government official told Dawn on Monday that notwithstanding adverse commentary in the US and western media, the prime minister’s visit to China would reinvigorate the CPEC implementation that had slowed down over the past several months owing to political transition in Pakistan.

He said the progress would be visible during the visit as the two sides would formally ink a framework agreement on industrial zones and set in motion on-ground development of special economic zones (SEZs) starting with Rashakai near Peshawar in Khyber Pakhtunkhwa.

The two sides would also formally sign documents to include Social Sector Joint Working Group of the Joint Coordination Council (JCC) of the CPEC. He said officials from the two governments were currently in the process of sharing final documents.

The official said the two sides had started initial consultations on cooperation in the agriculture sector which was one of the key areas of the CPEC but could not see any progress in the past because the PML-N government had given top priority to energy and infrastructure sectors, followed by industrial and agricultural cooperation in that order.

A Chinese delegation led by M.A. Aiguo, Vice Minister for Agriculture and Rural Affairs, is currently visiting Pakistan to explore areas of mutual interest in the agriculture sector, considered by the two governments as key to employment generation and increase in crop output.

The delegation had a meeting with Privatisation Minister Khusro Bakhtiar on Monday and was given an overview of Pakistan’s agriculture sector that employed 45 per cent of manpower, contributed about 24pc to GDP, 20pc to total exports and provided livelihood to 64pc of the country’s rural population, a statement said.

Mr Khusro suggested to the delegation that Pak-China agricultural cooperation need to focus on the vertical increase in productivity of the existing crops, transfer of knowledge and technologies, seed and plant protection, as well as disease control, value addition and marketing of agri products, including dairy, livestock, and fisheries. The mutual cooperation should cover the whole basket of agri-sectors, he added.

He was of the opinion that a joint ventures in value addition, cold chain management for fruits and vegetables, marketing and branding would help Pakistan overcome the past weaknesses and increase its farm products’ export to China and other countries.

The statement quoted Mr Aiguo as saying that agricultural cooperation would set a new and important direction that should focus on areas as well as the level of cooperation and finalisation of specific plans. He said China was ready to share its expertise and successful agriculture models with Pakistan.

Both sides agreed to broaden agro-cooperation by adopting a comprehensive approach to fast track communication and implementation to tap potentials of the most important agriculture sector in Pakistan.

Separately, an official said the two sides agreed to sign a memorandum of understanding on the desire of Prime Minister Khan for creation of a joint working group for social sector development.

Pakistan expects China to share its experience in poverty reduction through small-scale businesses and social sector development and provide grants and concessional loans for low-cost housing, education and health facilities.

The two sides had agreed on development of nine special economic zones about a year ago in the four provinces, Azad Jammu & Kashmir, Gilgit-Baltistan and the tribal region but were unable to formally sign a specific framework agreement on industrial cooperation in the run-up to the 2018 general elections.

The framework agreement would enable the two sides to go into details of relocation of Chinese industries to these SEZs and how Pakistan’s domestic industry benefits from the Chinese relocation, instead of crippling it as feared by leading businessmen.

The PTI government now wants at least four SEZs to enter ground-breaking phase over the next three to four months.