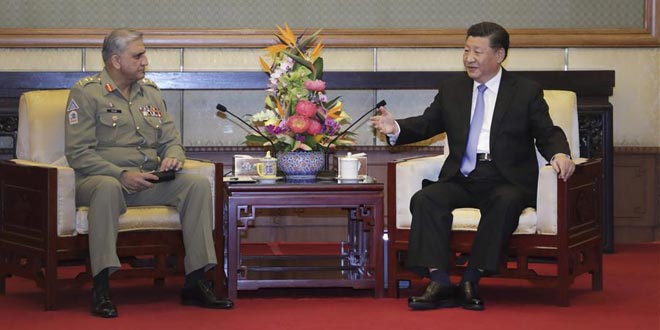 Pakistan’s financial woes have been based on poor decision making from its local governments, hence it’s unfair to blame China for Pakistan’s economic issues. However, this is an opportunity for China to schedule projects in such a way as to help Pakistan avert this crisis. The current energy and infrastructure projects under the China-Pakistan Economic Corridor (CPEC), need to be restructured to aid Pakistan’s exports to other countries, hereby increasing growth rates and GDP. Furthermore, a cut in electricity prices would have more economic viability, which will enable local exporters to compete with international producers.

Pakistan faces another balance of payments crisis and may again head to the International Monetary Fund for help. China and its Belt and Road Initiative have been blamed – unfairly – for the crisis, but the real culprit is poor economic policymaking.

Pakistan’s economy grew by 5.7 per cent in the previous financial year, but has been unbalanced. A rise in fuel and machinery imports has overlapped with a net decline in exports in the past five years. Pakistan’s foreign exchange reserves have depleted quickly since August 2016.

Energy is Pakistan’s single-largest import. Pakistan’s electric power and energy strategies are presently too dependent on imported fuels. To break this cycle, the nation requires a shift towards renewables and domestic fuels, including biogas and natural gas. Unfortunately, the previous government stifled hydrocarbon exploration, focusing solely on costly imported liquefied natural gas. Its efforts to reform the electricity sector have also lost steam.

Many projects selected by Pakistan’s previous government were ill-timed. For example, it rushed to complete a commuter rail line for Lahore before this summer’s elections, when such projects could have been deferred in favour of those that would boost exports more quickly. And the economic corridor should have been paired with an aggressive export incentive programme to offset the outflow of dollars.

For the China-Pakistan Economic Corridor to succeed, help is needed to restructure the Pakistani economy. At the moment, it is merely a collection of electric power and infrastructure projects. Current and planned aid and investment for the corridor need to be used primarily as vehicles for boosting Pakistan’s exports to China and elsewhere.

Beijing should agree to allow power purchasing agreements to be renegotiated between Chinese producers and the Pakistani government’s transmission and distribution company. Presently, the electricity is too expensive.

A cut in the electricity purchasing price would make long-term contracts more viable and create space for additional waves of Chinese investment with higher rates of return. More affordable electricity would increase the ability of Pakistani consumers to pay bills to local power companies which, in turn, have to pay Chinese independent power producers.

There are comparatively fewer problems with the financial terms of Chinese-funded infrastructure projects in Pakistan. The financing terms for federal projects are comparable to what Pakistan would receive from the World Bank.

However, some projects are unlikely to pay for themselves any time soon (or, with public transport, ever) and their loans should be restructured. These include the Orange Line metro rail project in Lahore, the Karakoram Highway realignment, and the proposed main railway line project.

Beijing could extend their maturity periods to 30 or 40 years, reduce interest rates to 2 per cent or below, and extend their grace periods to 10 years. This would give Islamabad and Pakistan’s provincial governments a cushion to responsibly pay back Chinese creditors.

Another way for Beijing to help would be by reassessing its counterterrorism strategy in Xinjiang. The internment of an estimated 1 million Muslims in the region poses the greatest threat to the long-term viability of an economic corridor between China and Pakistan. Beijing’s “re-education programme” is part of an aggressive Sinicisation programme, which is sowing the seeds for long-term social unrest.

Islamabad could end up taking over US$2 billion in loans from Beijing to upgrade the Karakoram Highway, which would only see a return on investment through overland trade with Xinjiang.

For China, the reputational costs of how the economic corridor, and Pakistan in general, fare are tremendous. The belt and road is President Xi Jinping’s signature initiative. And if China is seen as exploitative in Pakistan – arguably China’s top ally – the message to other countries is clear: no one is safe from Beijing’s allegedly neo-colonial designs.

For the belt and road to succeed, Beijing has to decide exactly what it wants the project to be. Does it want it to be a short-term stimulus for state-owned enterprises, subsidising their overseas operations as they try to export excess capacity and supply, and aim for maximum profit? Or does it want to reshape investment environments in frontier markets, enabling successive waves of investment?

This is possible in Pakistan, despite the growing cynicism toward the project and alarming developments in Xinjiang. But it will require China to adjust the terms of its aid and investment, with an emphasis on export markets. This is by no means an impossible task.